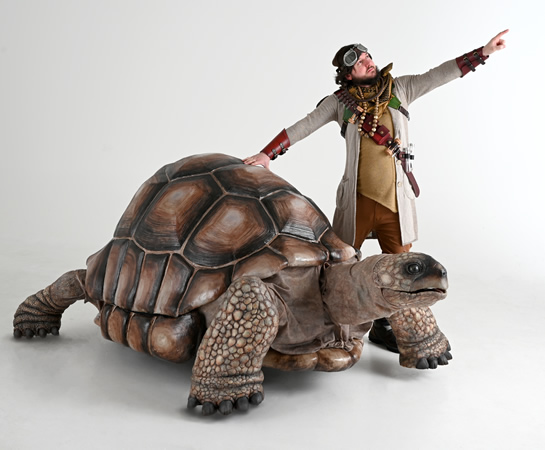 Zelva and The Time Trader

We are now offering a version of the act which focuses on visual, rather than tactile storytelling.

Enter the Time Trader – a nomadic merchant from the Grand SeraToga dessert who follows the herds of immortal migratory tortoises who eternally wander the dunes, leaving nothing but footprints in their wake. It is from these impressions in the sand that the attendant Time Traders extract the very essence of time in physical form and bottle it up in ornate hour glasses where its time bending properties can be stored until later.

We have all wished for more time at some point or other, so make sure you seek out Zelva and spend a little time with the Time Trader.